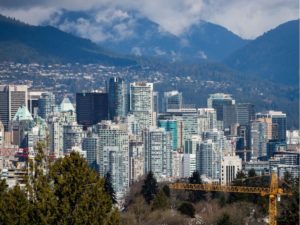 “I am not a speculator,” says Michelle Kralt.

Eleven years ago, Kralt inherited a two-bedroom bungalow in Sidney, B.C., a suburb of Victoria. Kralt was taking a master’s degree in nursing. Her husband was a medical student. They had a new baby. They’d had to leave British Columbia to pursue their degrees. The house meant the couple could regularly to visit their parents, who lived in Victoria.

Two years ago, her husband died, leaving her a widow with three small children.

Kralt, 44, works and lives in Edmonton. But she visits the Sidney bungalow several times a year to see her friends and family.

But British Columbia’s proposed new “speculation tax” has Kralt worried she could lose her house, which has doubled in value.

“I may not be able to hang onto it,” she says. “I’m scared. I’m not a wealthy oilman who’s going around buying up properties to flip. I’m a single mom. I’m a widowed nurse. And I don’t know how I’ll be able to afford this.”

Kralt is far from the only Albertan upset by B.C.’s proposed levy. The new tax will apply to homes in B.C.’s hottest urban real estate markets, including Vancouver, Victoria, Nanaimo and Kelowna. It applies to any houses, cottages, or condos left unoccupied for at least six months a year.

British Columbians will pay 0.5 per cent of the value of any such secondary residence annually — with exemptions for any property worth less than $400,000.

Foreigners will pay two per cent.

Other Canadians must pay a one per cent levy, with no rebates. If you’re an Albertan who owns a $1-million condo in Vancouver or a $1-million vacation property in Kelowna, you’d pay $10,000 a year.

B.C. argues it needs the tax to cool down prices, discourage absentee landlords from leaving properties vacant, and bring more housing onto the market. But for Albertans who own retirement, investment or recreation properties on the other side of the mountains, the new tax could be a huge expense — and another irritant in already-irritable B.C.-Alberta relations.

A few years ago, Edmonton lawyer Ryan Callioux and his family pooled their resources to buy a vacation (and future retirement) home near Victoria. Now, he’s trying to organize a class-action lawsuit against the speculation tax. Last month, he launched a Go Fund Me campaign to pay for legal expenses.

“It’s a retroactive and punitive tax. This is wrong. It’s unconstitutional. It’s doesn’t comply with the idea of Canada as one country.”

Callioux’s constitutional argument hangs on two specific sections of the Charter of Rights and Freedoms. Section 6 protects mobility rights. It ensures Canadians can move and work in any part of the country. Section 15 is the equality rights provision. It protects Canadians from government discrimination on the basis of characteristics such as race, religion, gender and other such grounds. Cailloux argues the plan violates both provisions by imposing an unfairly higher tax on Canadians from outside B.C.

It does sound unequitable. But it won’t be an easy case to make. Canada’s courts have never held that discrimination based on province of residence is covered by the equality provisions of the Charter.

“The court, up until now, has rejected arguments that different treatment because of province of residence is covered under Section 15,” said Eric Adams, who teaches constitutional law at the University of Alberta.

Adams is equally unconvinced that Section 6 would apply in this case.

“The claimants will need to argue that a tax which applies only to non-residents infringes their right to become residents or pursue or gain a livelihood,” said Adams. “It will be difficult, I think, to convince a court that such a tax on non-resident property ownership impairs either of those rights, especially given the context of a claimant class that is likely overwhelmingly comprised of vacation property owners.”

Barbara Billingsley is associate dean at the U of A law school, with expertise in both constitutional law and class action law suits. She’s equally dubious.

“The court has been over and over this idea. If the argument is Charter-based, it’s going to take a lot to convince the court that this provision is unconstitutional.”

But that doesn’t mean that a class-action law suit would necessarily be a futile gesture, she said.

“Sometimes, a lawsuit is not as much about the law as it is about pressure.”

Forcing the B.C. government to defend the law in court, in other words, is a political gambit, as much as a legal one.

In truth, B.C. may have every right to impose a high tax on other Canadians. That doesn’t make it good public policy. In an era of rising protectionism, the last thing we need are more provincial trade and investment barriers. And like much protectionist legislation, B.C.’s tax might backfire if it chases away tourists and discourages investors who might have built more housing stock. Meantime, property owners such as Kralt feel squeezed in the middle of a fight that isn’t really about them.

“This feels so punitive,” Kralt said. “I totally get the affordability issue. It’s an issue for me too. But I don’t see how this addresses affordability. It just feels like punishment for a person like me, who works in Alberta but considers B.C. home.”

Read the full original article by clicking the link below: